Xbox One immerses you in the ancient Roman world where you’ll become soldier Marius Titus and embark on a perilous campaign to restore honor to Rome at any cost. view larger To find his vengeance, Marius has to return to Rome view larger Cinematic recreation of the Roman Empire view larger Revenge, Betrayal, and the

Xbox One immerses you in the ancient Roman world where you’ll become soldier Marius Titus and embark on a perilous campaign to restore honor to Rome at any cost. 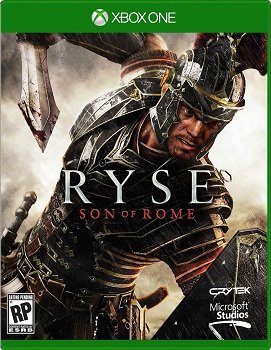 To find his vengeance, Marius has to return to Rome
view larger

Revenge, Betrayal, and the Gods Themselves

Ryse: Son of Rome plunges you into the chaos and depravity of the late Roman Empire. Through the immersive realism made possible by Xbox One, it tells the story of Marius Titus who witnesses the murder of his family at the hands of barbarians. Seeking revenge, Marius must embark on a perilous journey of revenge, betrayal, and divine intervention. He joins the Roman army in Britannia and quickly rises through the ranks to become a General. As his war against the barbarians escalates, his quest unravels: to find his vengeance, he has to return to Rome. As Marius, you’ll engage in brutal combat and lead your forces into massive battles to save Rome from threats to its very existence.

Cinematic Immersion in the Roman Empire

Ryse: Son of Rome presents a cinematic recreation of the Roman Empire in breathtaking detail, from the northern reaches of Britannia, to the coliseum and the very heart of Rome.

The brutality and intensity of Roman warfare are brought to life in vivid, visceral detail, thrusting the player into the chaos of close-quarters combat, where you can see and feel the emotion on your opponent’s face.

Rome is synonymous with the Coliseum and its epic gladiatorial battles. Through online multiplayer, Ryse will plunge you into this brutal world.* Take on the guise of a gladiator and enter the Coliseum to fight side-by-side against an everchanging array of enemies, in dynamic environments, to the roar of thousands of spectators.

An interactive achievement guide on your SmartGlass device helps you unlock secrets along the way, provides synchronized tips, and even full-video walkthroughs of the trickiest areas.** Xbox SmartGlass integration provides curated help and hints at any time with a context-sensitive guide.

Command and Fight with Kinect

Direct attacks and encourage your troops using optional voice commands to turn the tide of battle.